Arhancet: Just like other professional sports, you see the interest and the decline of interest happen over time. Imagine baseball viewership during World War II versus today. There’s a big difference in the number of people watching those games. The same goes for football and basketball. They all have their ups and downs over time, growing or diminishing viewership.

With video games, what everybody likes to think is there’s this one game to rule them all, one league where all games are played, but that’s entirely naïve. Each game is its own sport. Because of that complexity, you have 15 major, popular esports titles that are played, each with their own leagues, and each league may be run by a different company with different rules and viewership and monetization and teams.

Will this ever be just like football? Well, one game in particular may get to a point where more people are watching online than watch the Super Bowl on their couches. We may see that at time. We’ve already seen those peak numbers when you look at worldwide viewership. What’s catching up is not the viewership, though. It’s the monetization of the broadcasts.

Advertisers and marketers are apprehensive, and they’re not knowledgeable when it comes to buying streaming inventory. Even the jargon, the nomenclature used to describe impressions and unique viewers and peak concurrent viewers and average concurrent viewers and watch time associated with streams—there’s no dedicated rate card, no science about how to buy click ads within the streaming space. It doesn’t exist yet. When advertisers and marketers start to understand the value associated with a stream with 50,000 concurrents, you’ll see more spending from brands come into the sport, which will get us to the point where we’ll rival, I think, other professional sports. 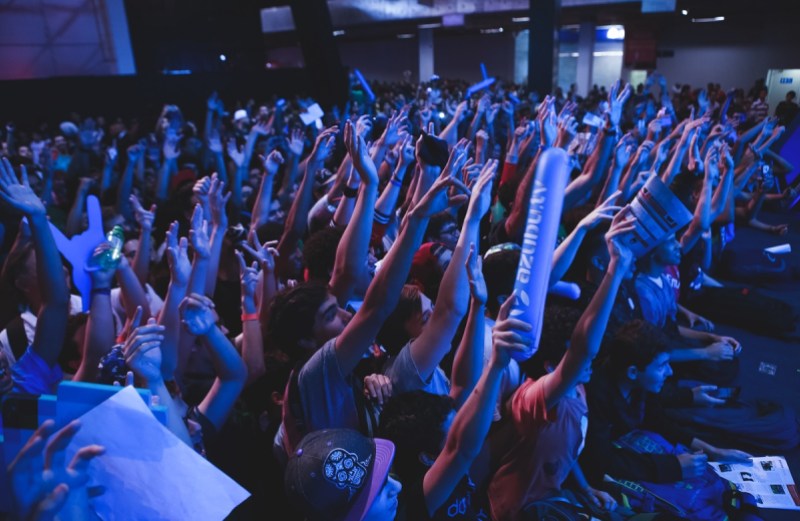 GamesBeat: The alliances with the physical sports organizations, how do those make sense? It seems like there’s an interesting problem. There are very strong regional loyalties to physical teams, but esports is much different in that respect. Teams are international, and they have international audiences.

Arhancet: The thing is, this isn’t just being watched by going down to your local stadium. It’s online, on your phone or your computer. You can watch anywhere in the world, and it’s streaming live simultaneously in all these different countries. Every team has a different demographic as far as their fan base, which is usually a reflection of the players they have and the games they represent.

Some games are more or less popular in certain countries. In addition to that, certain players playing certain games are from different countries. We have the best Street Fighter player in the world, named NuckleDu. He’s born and raised in the U.S., and most of the Street Fighter tournaments are being held in the U.S. If you look at the demographics associated with our presence in Street Fighter, it’s 90 percent United States. But if you look at our DOTA team, our players are from four different countries. Between them, the DOTA audience is typically more European and Asian than from the United States. It’s important, when brands get involved, that they understand the demographic information associated with a particular team and why it’s that way, so they can customize their messaging based on the type of game represented by a team. 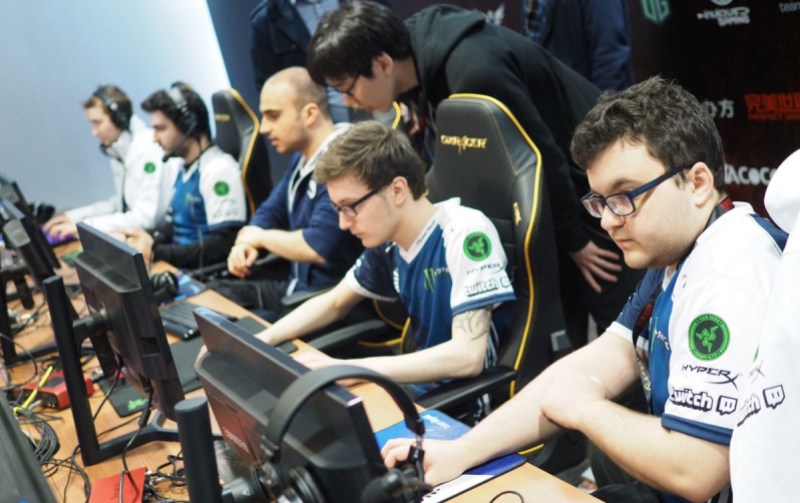 GamesBeat: What would you see as big milestones coming up for the team?

Arhancet: For us, one of the next big ones is securing a partnership with a major non-endemic brand. We’re exploring those, and we’re excited about the opportunities and what can be done when a blue-chip brand associates with Team Liquid – all the creative and genuine things we can do in a gaming space that integrate the capabilities of those partners. I’m also excited about the opportunity for deeper franchise-like divisions with the leagues we operate with.

Just like in any other sport – let’s say football – there wasn’t always just the NFL. That’s not how it started. There were multiple leagues, and over time it got narrowed down to the point where there was one major league. That’s happening in esports. As that consolidation is happening, there’s better viewership for the predominant leagues. When that happens, and those media rights and sponsorships are shared with teams, and the value associated with those increases, you’ll see extremely rich agreements that increase enterprise value and revenue. It’ll create a sustainable ecosystem for esports in the future.

GamesBeat: I know the industry had some growing pains around things like drug use, Adderall and the like. How do you approach that, and training in general?

Arhancet: The way we view the physiological and psychological differences between the average gamer and your gaming athlete—a lot of their problems are similar. Athletes suffer from depression, morale issues, anxiety, from a lot of social pressure around competition. Understanding synergy, teamwork, cooperation, communication, just like in other team games. The intelligence someone has, and the understanding of psychological issues around interpersonal relationship development with teammates, that’s very similar to other athletes. Michael Jordan said that intelligence wins championships. There are aspects of that. The mental conditioning associated with long hours of practice and understanding games to the highest degree, that’s the psychological component of what makes an athlete top-tier.

The other side of it is physiological, which is more cognitive function, reaction timing, eye tracking, visual screening. If I were to tell you to look at a chess board for five seconds, then close your eyes and tell me the correct strategy for the next 10 movies, that’s visual screening. Athletes are able to take a bunch of data in very quickly and synthesize it to make quick decisions.

There’s also pattern recognition, where you practice and run drills over and over until you get to a point where you’re able to predict the movement of other competitors based on that repetition – running into a particular sequence of events that happens over and over. That goes for any sport. When you see Stephen Curry play and he’s just in the right place all of a sudden, it’s because he recognized a certain pattern of activity and anticipated where things were going to happen. All of that is hyper-illustrated when it comes to esports.

That’s what’s so awesome about watching an esport — when you see someone intellectually sparring with someone else and completely outplaying them, which means they predicted a series of events and reacted quickly. It gets you out of your seat. You just saw somebody defeat their opponent mentally and cognitively. That’s thrilling from a spectator’s perspective.